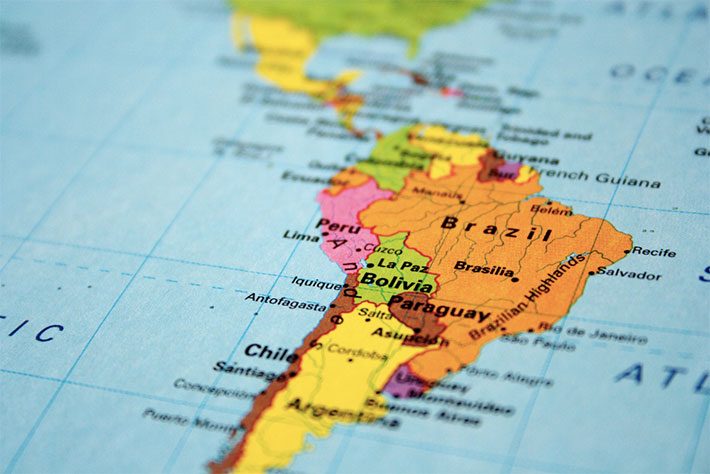 Posted at 23:22h in Articles by Goldvarg Consulting 0 Comments

The future looks bright for the coaching profession in Latin America

The coaching profession in Latin America has been developing for more than 20 years with the influence of great thinkers and ‘father figures’ – originally from Chile – with an ontological orientation such as Flores and Maturana, and their disciples, Echeverría and Olalla. They were the key first players in the field regionally by training the first cadres of coaches. Up to now, most coaches in Latin America have been trained with the ontological coaching orientation, but lately there have been new modalities being offered such as Neurolinguistic Programming, Psychodrama, Co-Active coaching and Systemic coaching, among others.

In Latin America, coaching school owners started to show interest in having their schools certified by the ICF in the last five years, and currently there are a few in the process of getting their ACTP (Accredited Coach Train- ing Program) status. There is also a new awareness of the importance of going beyond local recognition to achieve a global accreditation with international standards. Local coaching leaders started opening ICF chapters, and ICF went from having 356 members in the region in 2009 to 978 members in 2011. Only this year, two new chapters were opened: Uruguay and Ecuador. Next year, we are working on opening chapters in Paraguay, Bolivia, Pana- ma and Costa Rica. What is also interesting is the speed of the growth. For example, the ICF Argentina Chapter went rom 20 members at the end of 2009, when the chapter began, to 207 members at the beginning of 2011.

The ICF Global Coaching Study implemented last year will offer new data regarding the coaching profession in the region. According to the IAE Business School Report on Executive Coaching in Latin America, in 182 surveyed companies in Mexico, Chile, Argentina and Brazil, 84.6 percent use executive coaching as a leader- ship development tool. They are planning to increase the use of coaching because they found a positive effect in leadership quality, retention, personal satisfaction and adaptation to change. Executive coaching is growing in the Latin American market and there are many opportunities for executive coaches.

ICF Latin American chapter leaders started meeting at regional conferences to discuss the future of the profession in the region. In 2010, the first Latin American ICF Conference took place in Lima, Peru and in 2011 the conference took place in Santiago, Chile. In 2012, the ICF Regional Conference will take place in Buenos Aires, Argentina from August 23 to 25, 2012 and the plan is to have 500 people attending. English translation will be offered.

Some of the key challenges in the region are related to regulation and ethical issues. Many unethical practices are rampant in the coaching market, such as plagiarism and misrepresentation. There is advertising of programs being reported to the ICF in which organizations are copying programs from competitors or publishing false information in their advertisement, such as being accredited by the ICF when they are not. Many people call themselves coaches without training or credentials, but this is an issue for our profession as a whole and is happening in Latin America and beyond. A big challenge ahead for the profession of coaching in Latin America is to educate the general public about the profession, the differences with oth- er professions such as psychology and consulting, and the importance of hiring accredited coaches.

“Many people call themselves coaches without training or credentials.”

Another future challenge is related to regulation. The coaching profession is growing very quickly in Latin America and many global companies hire executive coaches to assure appropriate talent management. In countries such as Mexico, professional coaches are meeting to dis- cuss regulations and standards with government organizations. The ICF has been involved actively in build- ing collaborative relationships with governmental bodies to develop ethical and professional standards and licenses. As the profession continues to grow in Latin America, we may find more governments interested in developing regulation measures to protect the public. This will bring new challenges for the profession.

Sorry, the comment form is closed at this time.